Senator Charles Schumer wants the federal government to invest in a major upgrade for the visitor’s center at the Dwight D. Eisenhower Lock in Massena.

At a press conference at center this week, Schumer focused first on the St. Lawrence Seaway

Flanked by local lawmakers and business leaders, Schumer called the Seaway “vital,” saying “Good-paying jobs in the region are supported by the Seaway. Millions of dollars in business revenue, a lot of economic development opportunities all come from the Seaway.”

Schumer said shipping isn’t the only commerce the Seaway is responsible for. The center offers people a close up view of the giant ships as they pass through the locks.

That draws thousands of tourists and their dollars to the Massena area.”It’s great for tourism. Last year, last summer, 60,000 tourists came.” Schumer said. 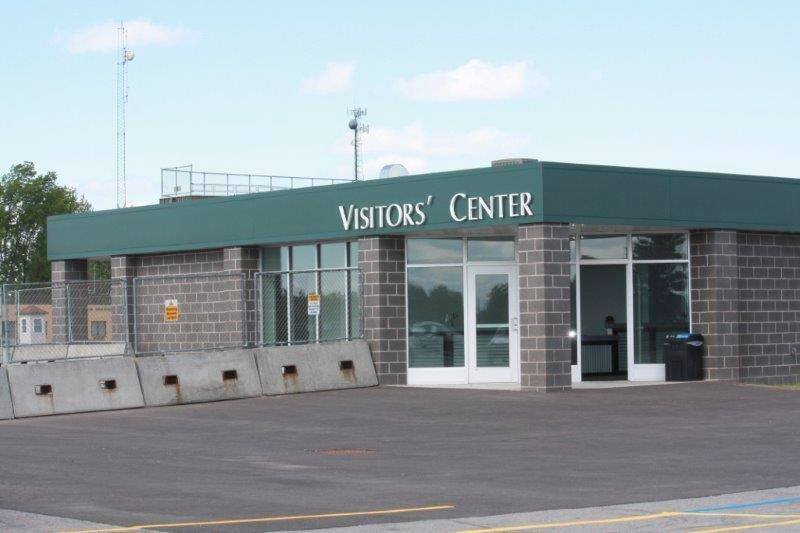 The Eisenhower Lock Visitor’s Center has not had a major upgrade since it was built in the 1950s. Photo: St. Lawrence Seaway Development Corp.

But the visitor’s center has not been updated in 60 years. Schumer said it’s too close to the lock for safe maintenance. And it doesn’t meet some ADA requirements. A new visitor’s center would also add 21st-century amenities. For example, Schumer said, running water, and on-site food would encourage more tourists to visit.

Schumer said The St. Lawrence Seaway Development Corporation, which oversees the locks and the visitors center, got an increase in this year’s federal budget.

That’s where funding for the new center could come from, Schumer says.

“My message is very simple. Let’s continue to make critical investments in the Seaway’s infrastructure and let’s use this year’s bump in funding to give the lock visitor center the makeover it deserves.”

The new visitor’s center project is expected to cost $5 million. The senator offered few details of the new plan. But he sounded confident about the funding.